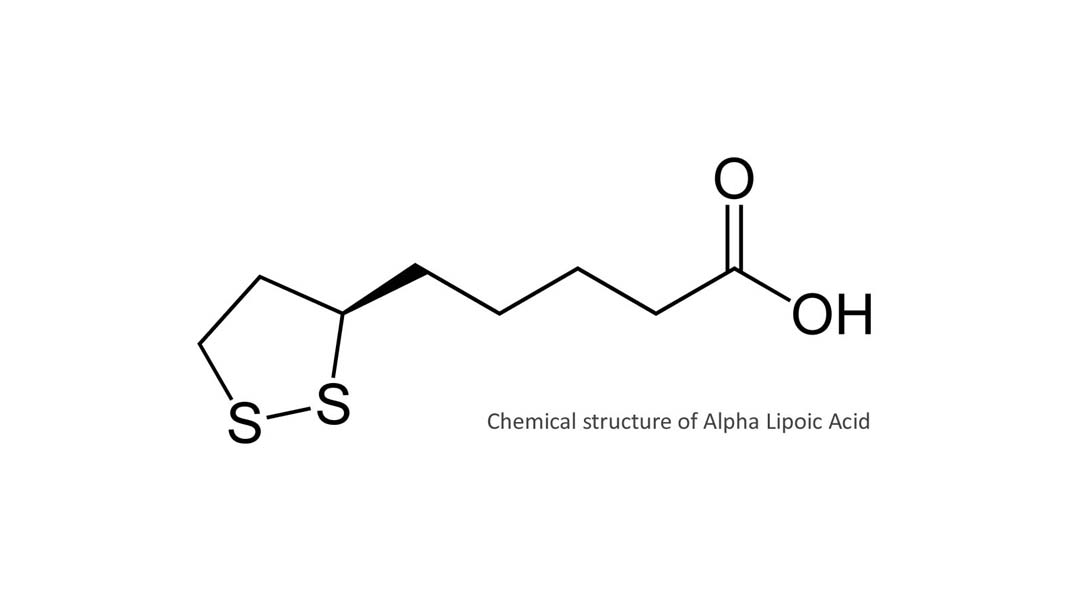 How Does R-ALA Work?

Why You Should Take: R-ALA The Benefits

Potential Side Effects of R-ALA

The History & Background of R-ALA

R-ALA or R-Alpha Lipoic Acid is found in the varying concentrations in our muscle tissues and organs. R-ALA is a fat and water-soluble antioxidant that is responsible for turning glucose in our blood into energy for our cells. It deactivates free radicals circulating throughout the human body, which also includes the heavy metals that are a key contributor in developing neurodegenerative diseases. Its health benefits are almost limitless; a few of these are glucose disposal, strong antioxidant properties, and anti-aging

R-ALA is endogenous to our cells; however, its supply decreases as we age. Dietary supplementation is essential to maximize its effect on our health.

R-ALA is the purest form available for Alpha-Lipoic Acid. It produces countless health benefits that include glucose disposal, strong antioxidant properties, and even anti-aging. It is a potent insulin-mimicking agent that speeds up the removal of glucose from the blood that is usually the profound benefits seen by people with diabetes.

R-ALA is now a rising ingredient when it comes to fat loss and is now used for fat loss supplements. It also helps break down sugar for the production of ATP, making R-ALA crucial for energy production. This process ensures that ingested carbohydrates will not be stored as fat but will be used as a fuel instead. It has been reported by many that R-ALA usage can cause higher energy levels for sustained periods. To sum up all of its functions in the body, R-ALA supports memory function, fat loss and promote a healthy immune system.

Doses of 50 to 100 mg of R-ALA per day as a nutritional supplement are recommended. If it is used as a therapeutic agent, higher doses may be possible. A dosage of 600 mg is prescribed in the prevention of the damaging effects of hyperglycemia in diabetes in Germany. Larger doses like 1200 mg are used to treat aminita mushroom poisoning. These dosages refer to alpha-lipoic acid that contains equal amounts of the R and S version of the molecule, but if R version is the only one used, only half of the dose is required.

Potential Side Effects of R-ALA

Proper glucose disposal or optimization is one of the significant keys to fat loss and athletic performance.  1st Phorm’s GDA has been formulated with full efficacious doses of the most potent ingredients available to help unlock your body’s ability to deal with elevated glucose levels properly.

What is the difference between R-lipoic acid and Alpha Lipoic acid?

Alpha-lipoic acid consists of a 50/50 mixture of the R- (natural) and S- (unnatural) forms (enantiomers). It is the most widely available commercial form of lipoic acid. R-Lipoic Acid is the form of lipoic acid that occurs naturally in plants, animals and the body and is responsible for the specific beneficial effects of alpha lipoic acid.

How much R- lipoic acid does an adult need?

Currently there are no established daily doses for supplementation. However, GeroNova scientists and medical advisors currently believe the optimal dosing strategy is 100-600 mg/day.

How soon will I see results from supplementing with R-Lipoic Acid?

It will vary depending on your current nutritional state, dosage, and current health. We often hear that our customers “feel better” and experience “clearer thinking” and “enhanced well being” within 2 weeks. For optimal results, we recommend you take our R-Lipoic Acid daily for at least two months to evaluate their benefits.

An animal study using rats showed that administration of alpha-lipoic acid in too high doses (20 mg/kg) in the presence of a thiamine deficiency is proved to be fatal. A regimen containing alpha-lipoic acid can only be beneficial when a B-complex supplement is included with it.

Studies using rats and mice have shown that R-ALA is protected against the adverse effects of arsenic, cadmium, and mercury and may also bind to other metals, including iron, copper, and zinc. The chelating action of R-ALA is considered to be relatively weaker compared to other chelating agents. Oxidative damage is associated with some of the harmful effects of heavy metal poisoning. Harmful effects of heavy metals are reduced by lipoic acid’s antioxidant properties.

In liver cells, alpha-lipoic acid has been found to increase oxygen consumption to 189% of the baseline when given to old rats at 0.5% of the diet. In comparison, it nonsignificantly increases oxygen consumption to 104% of baseline in younger rats. Initially, the older rats had 59% of the level of oxidation relative to more immature rats, and no significant differences were found after supplementation. This normalization of mitochondrial oxygen capacity has been recorded in neural tissue, where increased oxygen consumption with increased anti-oxidative potential improved the neural consequences of aging (such as memory loss) in old rats fed 0.5%/1.5% ALA/ALCAR (a form of L-Carnitine).

R-ALA is best described as an ingredient used as a life extension nutrient. It acts in many helpful ways as an antioxidant, anti-glycation, blood sugar normalize, an activator of mitochondria, and enhancement of glutathione. Although R-ALA is natural in the human body, dietary supplementation is still recommended for R-ALA decreases as we age. With its many benefits in the human body, including fat loss, it would be a waste not to take this ingredient.