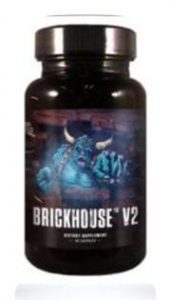 This post's is no rating for now

Are you having a hard time finding that one supplement that will help you gain more muscle in a shorter amount of time and give you the lean body physique that you always wanted but never could fully achieve? Well, what if I told you there’s a new supplement in town that can help you do just that? If this sounds interesting to you, then you should check out this product called Brickhouse V2. Made by Boss Sports Nutrition, this supplement is a combination of many powerful compounds that make your body release more growth hormone so you can build more muscle and improve your recovery.

But not only that this product is of high quality it also has a positive effect that can help your body burn fat easily and gives you the extra strength or energy that you lack sometimes so you can achieve your maximum every day. 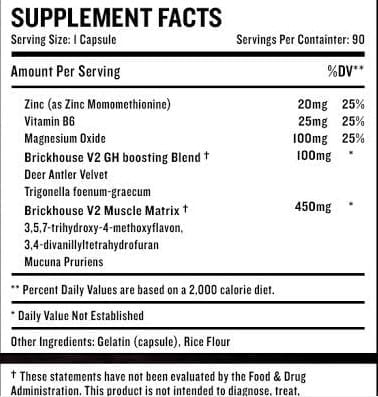 As we mentioned in the paragraph earlier there are many ingredients in this supplement but we are going to focus on few of the main ones which affect the growth hormone production and muscle mass production. Now let’s take a closer look at the ingredients and see what they are used for.

Deer Antler Velvet is used as medicine for a wide range of health problems and it is also sued to boost strength and endurance, but not only that it helps to boost your immune system, counter the effects of stress and promote rapid recovery from illnesses. There are also other medical conditions for which this ingredient is used and they are high cholesterol, high blood pressure, migraines, muscle ache, asthma, osteoporosis, liver and kidney disorders and to stimulate the production and circulation of blood.

Or so called Hesperidin in the fitness world is mostly used for blood vessel conditions such as hemorrhoids, varicose veins, and poor circulation. It is also used to treat lymphedema, a condition involving fluid retention that can be a complication of breast cancer surgery.

Also known as Divanil is used as a testosterone booster which gives strength and muscle, boosts the libido and is also used to treat benign prostatic hyperplasia and enlarged prostate.

This ingredient is used to treat conditions as digestive problems such as loss of appetite, upset stomach, constipation, inflammation of the stomach (gastritis). And it is also known to be used for diabetes, painful menstruation, polycystic ovary syndrome, obesity, and for conditions that affect heart health such as “hardening of the arteries”.

SIDE EFFECTS OF Brickhouse V2

“I believe that this is a great product and brand. I wanted to get away from anabolics and this did not disappoint me. Great strength increases allowing me to squeeze out some extra reps. A good full feeling in my muscles and quality muscle gain.”

“I’m on my second week of using this PH supplement and I have noticed every single effect. It gave me extreme bursts of strength and a huge increase in my lean muscle mass. I made my mark on those dumbells like never before!”

“At first I didn’t believe what the company said about this product, but after some persuasion from my friend I finally got it. It is needless to say that Brickhouse V2 has exceeded all my expectations and beyond. I never made this much progress in that small amount of time since I’ve started training and I absolutely love the extra power that it gives me. I highly RECOMMEND this product!  ”

You can order BrickhouseV2 here!